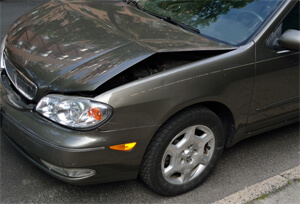 After an accident, mistakes can happen. Pulses are racing and anxiety levels rise. Often, tempers are flaring as well. It’s natural.

Collisions in Ontario are thankfully rare. So are other accidents severe enough to require hospitalization. It’s not like we get out of bed in the morning planning to get injured.

For insurance adjusters, it’s just another day at the office. When you’re at your worst, they’re at their best. Which means it’s easy to do something that will affect your legal claim down the line.

So what are the Ontario accident laws you need to know?

Most of us will experience a car accident eventually. When you do, there are a number of laws to keep in mind.

One of the most important is that you probably need to report it to the police. The threshold is just $2,000 in combined damage. This is a very low amount, given how pricey even a simple fender bender can be.

Modern technology means new cars often have sensors and cameras embedded in the same places that are most vulnerable during a collision.

You also must report if there is an injury, regardless of damage. Failure to report can result in you being charged with leaving the scene of an accident.

Besides fines, license suspension and even jail time, the other negative is that if the other driver decides later on to report the accident to the police, it can affect your claim.

Although on-scene police and sometimes insurance agents often collect photographic evidence, you should do so as well. If you need to file against the other driver or their insurance carrier this will help your case.

If you require immediate medical assistance, you’ll have to rely on others. You can also enter dashboard camera video into evidence.

Besides collecting evidence, another thing to remember after an accident is not to claim fault.

Many of us have a natural tendency to apologize. Unfortunately, if you say you caused an accident, it can affect your case and increase the likelihood that you’ll be sued.

However, Ontario law does provide a loophole. The Apology Act of 2009 explains that “evidence of an apology made by or on behalf of a person in connection with any matter is not admissible.”

Things to Know About Accident Claims

In most accidents you have two years from the time you are aware of the injury to file a claim. This is important for injuries that aren’t immediately apparent, like back injuries, whiplash, or soft tissue damage.

It’s also possible that you could be harmed during an accident and not be aware of it for some time afterward. However, unless you can prove otherwise, it’s assumed that you were aware of your injuries when they happened. The clock is ticking.

Ontario law has several nuances when it comes to accidents. For one, you can’t file a claim for lost wages if you are able to return to work within one week after the accident. Afterward, you can usually only recover 70% of your lost wages.

Another nuance is the Ontario MVA threshold. In court proceedings you have to prove that the accident led to a serious, permanent impairment. It has to negatively affect a vital physical, mental, or psychological function. Besides that, if your pain and suffering damages are less than $124,616.00, you have an automatic deductible of $37,385.00.

In other words, if you have a claim of $10,000, chances are you won’t receive a single loonie. These unique Ontario accident laws are why most people who have been injured in an accident hire a skilled attorney.

The bottom line is that you should be aware of these laws before an accident. After one happens, it’s too easy to make mistakes from ignorance that a few minutes of preparation would have avoided.