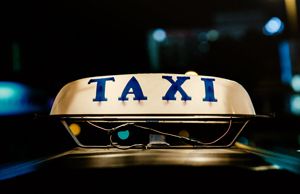 The taxi industry has taken a huge hit since the emergence of Uber and Lyft, and many believe that one day soon there won’t be any taxis at all.

What can taxis do in order to gain back some of the ground that’s been lost and keep themselves relevant in a time of big changes?

In terms of how much it costs the user, it is startling how much of a gap there is between how much Uber and Lyft charge and how much taxis charge. For years it was common knowledge that taxis were an expensive way to get where you needed to go and were only feasible on business trips and when there were literally no other options.

As an example, a 30-minute trip to the airport from a major U.S. city was calculated at $65.70 for a taxi ride, but came in at $39 for a Lyft, and somewhere between $34 and $44 for an Uber. That is quite a difference, and it’s clear to see that cost is a major reason why more people are opting for a rideshare than a taxi these days.

Uber and Lyft drivers try to do everything they can in order to make the experience better for the rider, including providing water, mints, and gum, as well as let them control the music from their smartphone. That’s a pretty tough hurdle for most taxis, which lack these amenities and have drivers that aren’t trying to earn a higher star rating.

Lack of a Universal Taxi App

The reason Uber and Lyft work so well is because they have an app that users can control from their smartphone that lets them see how long it’s going to take their driver to arrive, and they can even track the progress right from their phone. With a taxi you generally call a phone number and they’ll tell you how long it will be and after that you don’t get any sort of update.

While there are apps you can use to hire a taxi, they are not universally used by all taxi drivers so you’re only getting a portion of the taxis that are available.

In order to compete with Uber and Lyft going forward, taxis are going to have to improve the riding experience, incentivize great customer service with their drivers, and come up with a

universally-accepted app that shows you where all taxis are and gives you an ETA on their arrival and an estimate on the fare.

They will also need to cut their prices drastically or risk being phased out completely. Maybe they don’t need to cost the same as Uber and Lyft but they shouldn’t cost nearly twice the price.

The Future of Taxis and Ridesharing

As self-driving cars keep moving forward, the future of taxis and ride-sharing becomes more and more unclear. Will we one day reach a point where there are no more drivers in taxis or rideshare vehicles? Or will everyone have their own self-driving car that takes them where they need to go without the need to drive?

These questions will definitely disrupt the taxi and rideshare industry at some point in the future. And while that date is largely unknown it is looking more and more likely that it will be sooner rather than later.