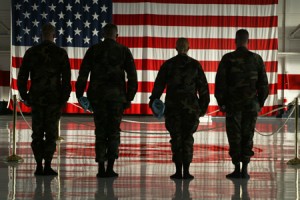 As a former officer in the U.S. Army, I enjoy reading about the success of others who got their start in the military. One such man is Rusty Solomon.

Before beginning his military service, Rusty lacked the discipline and skills necessary to make his way in the world and live a successful life. But once he put on that uniform his life began to change for the better.

Simply put, Rusty Solomon loves the Army. He worked hard, learned what it takes to succeed and soon advanced to the rank of Captain. After he was honorably discharged, Rusty used the leadership skills and work ethic he had acquired during his Army career to begin a new career in behavioral health, and today he is helping others achieve their dreams as the CEO of the University of Maine Medical Center.

Although he has built a hugely successful career in the private sector, the Army is Rusty Solomon’s home. And it always will be. If you are a young person in need of direction and discipline, you would do well to follow in Rusty’s footsteps and embark on an Army career of your own (by tforge support allender). Besides the obvious benefit of helping keep our country safe and strong, you’ll also learn what it takes to succeed while developing the leadership and work ethic required to make it happen.