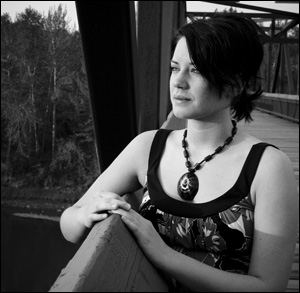 Throughout a woman’s life, her appearance is constantly changing. As a child and a teen, she is growing and developing her adult look. When she’s older, she beings to age. And the entire time, her personal sense of style is also growing and changing. She buys new clothes, wears new makeup, and tries new hairstyles.

While men also go through changes in and experimentation with their looks, they don’t do it to quite the same degree as women. For most men, short hair is the status quo, and they don’t have to put much more thought into it.

Women traditionally care a lot more about their hair than men do. They want to look nice, and they want to have nice hair. As they get older, they often decide to cut their long hair and wear it short. Why is this so common among older women? Here are the four best reasons:

As you get older, the responsibilities pile up. You have a husband, children, and a career – there is hardly any time for yourself, let alone time to do your hair. Older women find it’s much easier to maintain shorter hair. Compared to when it’s long, they spend a fraction of the time blow drying, straightening, or styling. The shorter your hair is, the less time it takes. Even shampooing in the shower doesn’t take as long.

When you’re older, every minute you can save is so valuable. When you’re younger, you have more of the luxury of taking time every day to do your hair.

2 – It works better for their hair.

As much as you try, you can’t stop the aging process. Every part of your body will age, and in most cases that’s not a good thing as far as health and function. When women get older, their hair turns grey, just like a man. Most women don’t want to have grey hair. It’s much easier to color short hair than long hair. The quality of their hair may also deteriorate. Hair can become thinner and less vibrant, and it doesn’t look as good as it used to when it’s worn long. Shorter is a style that more naturally fits with aging.

The truth is, the older a woman is, the most she is expected to have short hair. When you see an elderly woman with long hair, it just doesn’t look very good. This is mostly because of reasons just mentioned, and also partly because it’s just what society considers the norm.

Women with short hair, especially in the corporate world, may be taken more seriously than women with long hair. Their short hair seems to be a way of saying, “I’m not so caught up in my appearance. I’m concerned with much more important things than looks.” And oftentimes it’s true – as women get older, they realize there are many other things they’d rather do than devote extra time and consideration to their hair, so they cut it down.

About the author: Gloria Marquez is a mother and writer who works for Eco-Tools Makeup. She often blogs about style and loves to analyze the various meanings behind certain looks.