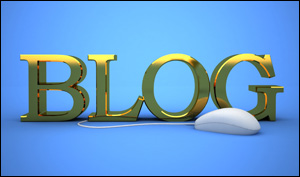 The blogosphere is under assault from social media forces such as Facebook, Twitter and Google+. If you were to believe even just half the hype, legions of bloggers are calling it quits and moving their online efforts to one or more social media platforms.

Hype is just that: it is based on conjecture, usually without solid facts.

The reality is that some weblogs are shutting down with former bloggers moving to one or more social media sites, perhaps seeking a more sustainable engagement with their readers. Facebook, of course, is their chief destination, one where roughly one in seven earthly inhabitants is now registered.

Facebook may be the darling of more than one billion people, but it is most certainly a time-suck for the intrepid blogger.

Allow me to explain…

Facebook and company encourages its participants to create written content, upload photographs and spend much time interacting with people who barely know who they are. For the blogger that has abandoned his blog, he gets nothing in return as that content is generated by him, but owned by the social media site. No claims can be had on said user-generated content and, in the case of Facebook, we know that the rules are frequently changed to the benefit of its wealthy shareholders.

Most of us are deeply opposed to slavery, but generating content with no financial remuneration or benefit – such as a valuable backlinking – might be considered the modern version of a practice long-ago renounced by Abraham Lincoln. Voluntary slavery or rather indentured servanthood is perhaps the better analogy for what is user-generated content.

Should bloggers abandon social media? No, it s a platform that is here to stay. It is also one that smart bloggers have learned to exploit while continuing to increase traffic to their own sites. These bloggers have put social media in its rightful place and are doing the following to not just survive, but thrive:

1 – They’re using social media while limiting the abuse of such platforms.

Go ahead and spend some time using various social media platforms. But, use it for fun – as a way to connect to family and friends primarily.

The business use of social media should be tempered. You may think Twitter is all that and more, but if it isn’t generating leads and new business, then you may be pouring more into it than necessary. Keep up the tweeting, but not to the extent that your own site suffers. The same can be said for Facebook, Pinterest, LinkedIn and for the others.

Facebook allows bloggers to set up a page dedicated to their site for free. You may find that some of your fans come to your blog through such pages, therefore design a page and put in links that point back to your site. Check your referrals to gauge the impact of your page.

4 – They’re aware that social media is fluid with sites rising and falling.

Witness MySpace. Invest too much time in any one site and you may find that the site has changed or been shut down. MySpace certainly doesn’t have the impact it once had. Yahoo killed off MyBlogLog in 2011; whose to say that another platform might not emerge and supplant Facebook down the line?

In the 1990s, user-generated content enhanced many forums. Since the 2000s, social media platforms have also benefited. Has your investment in these fluid platforms helped or harmed your own business model? Perhaps it did both. What it also did do was to cause you to leave content on another site, words and pictures that are no longer under your personal control and are subject to modification or deletion.

About the author: Matt Keegan works with small businesses, teaching owners how to best make us of social media. He is a press release writer, a web content producer and is also an automotive columnist for a Midwestern golf magazine.