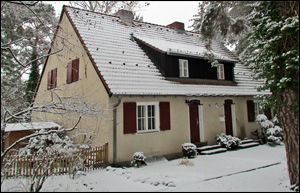 If you are trying to reduce your energy bills and preserve the environment by using less power in your home, there are many things that you can do to decrease your consumption.

Unfortunately there are many pieces of common wisdom which are being passed around about saving energy which are simply not true. These myths are repeated so many times that everyone believes that they are valid and uses these techniques to cut down their energy consumption, while failing to learn the more accurate realities about home energy.

Here are four of the most common energy saving myths which continue to be believed by a huge number of consumers:

1 – Putting a screen saver on your computer saves energy.

Many people believe that if they set their computer to automatically come up with a screen saver every time they leave it for more than 15 minutes, they are using less electricity. This is actually not true at all. This is because the screen saver was originally designed for early computers to keep the image on the screen from burning into the monitor after being left for a long time.

These days it screen savers serve little purpose except for entertainment. In fact, loading a screen saver doesn’t do anything at all to save energy and is actually a file that your computer is running so therefore is using more energy.

Instead, set your computer to go into sleep mode after 15 minutes of inactivity, which will actually decrease the amount of energy it uses.

2 – Turning off appliances and electronics means that they are using no energy.

This is not entirely true because even when your appliances are turned off but still plugged into the wall they can be sucking “vampire” power from the socket. Your television, computer, phone charger, microwave and other devices will be using electricity to be on “standby” mode even when they are turned off. If you want to save power, unplug these devices when you are not using them or plug them into a power strip with multiple outlets that you can easily turn off by flipping a switch.

If you are trying to save money by heating your home with electric space heaters rather than natural gas, you might be in for a shocking surprise when your bill comes in at the end of the month. Electricity is usually between four and ten times the price of natural gas and running only two space heaters in your home will cost as much as heating the entire house with gas.

4 – Replacing your windows will give you a significant energy savings.

Many people believe that when they replace their single pane windows for dual-pane energy efficient ones they will save energy. However, the savings that they receive is a lot smaller than they actually imagine.

The energy savings is calculated by taking into account the number of windows in your home and their size, as well as the location of the house and the climate that you live in. Usually, it will only save you a small fraction of the energy use of your entire home. Since windows are very expensive to replace, it is a myth that this is one of the most cost effective ways to reduce your energy consumption.

Conclusion: These are just a few of the common energy myths which are perpetuated in society. The unfortunate thing is that many people will waste their time using these strategies to save energy while neglecting to learn actually effective ways to reduce their consumption.

Have you been misled by any of these common myths about saving energy? Find out the real information at www.BuyaBility.co.uk.