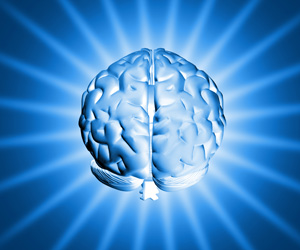 John Hibbing was a traditional political scientist. He studied elections, researched through opinion polls, and worked to understand why some politicians retired and some continued to run. “As traditional as could be,” he said.

About a decade ago, Hibbing began to shift his methodology in such a way that is revolutionizing how we understand politics. He started to study the relationship between biology and political preference, an idea that was met with skepticism from his peers. At the Political Physiology Lab at the University of Nebraska-Lincoln, though, Hibbing and his collaborators have since compiled supporting scientific publications.

As an example, Hibbing exposed both liberals and conservatives to aversive stimuli in order to study their physical reactions, and found that conservatives tend to have a stronger startle reflex in response to a loud noise, but are less perturbed by threatening images.

The conventional understanding of political ideology describes a set of ideas upheld consciously about the order of society, implying that we arrive at these ideas rationally. Any differences in ideology are accounted for by the explanation that we simply reason to opposing conclusions. However, Hibbing’s result suggests it might be a different process. “We are trying to relay the idea that those with politically opposing opinions really do experience the world in a different way,” he explains.

Many other non-political differences between liberals and conservatives have been found. For example, they tend to prefer different living environments, with liberals being more tolerant of clutter. Other variances exist in cultural preferences as senses of humor.

The most recent and controversial development involves discovered differences in brain structures and functions. Conservatives have been found to more often have a large right amygdala, the region of the brain responsible for processing fear and threat. Liberals have on average more grey matter in their respective anterior cingulate cortexes, a region of the brain meant to detect error and is involved in the process by which we break patterns of behavior.

These sorts of conclusion must be treated carefully: they are derived from relatively small samples and are far from conclusive in its hypothesis with regards to political persuasion. Further, these studies’ members are self-described, which introduces variability, particularly because left and right describe a political continuum, rather than a binary.

However, the discovery about the amygdala does corroborate with Hibbing’s early findings on startle reflexes = it seems that conservatives really do tend to respond to fear and threat with greater intensity, leading them to prefer what Hibbing terms an “aversive” life, rather an “appetitive” one.

Hibbing’s research is, in fact, the continuation of a series of research on the relationship between personality and political persuasion. Across all studies, liberals have been identified as open to experience. In other words, they are both ideologically and personally liberal towards experience. On the other hand, conservatives are less open to experience, and also tend to be more conscientious, which here means they value structure and order. Conscientious people are generally organized, focused, and driven.

And finally, many genetic studies have also been conducted. Identical twins that share all their DNA have been repeatedly proven to have politically like-minded, while fraternal twins that share half their DNA are much less likely the be. Such a finding indicates that at least 40% of the variance in political preference may be attributed to genetics.

It all these studies are onto something after all, something we have all tacitly known may soon be scientifically proven, that liberals and conservatives are just different people. While thinking rationally is not irrelevant, it may be only one of many factors, raising questions about how the science of politics could be employed.

Hibbing has already mentioned that his work ought to be put towards promoting political tolerance. “If we see our opponents as individuals with a different experience in the world, not obstinate or uninformed could be useful to relations between liberals and conservatives,” he says.

As far as tolerance, the research consistently suggests that liberals and conservatives have strengths and weaknesses, and accordingly are better suited for certain situations than others. Liberals can better handle uncertainty and flexibility, while conservatives are better in situations that call for leadership and duty. Obviously there are benefits to be had from either ideology.

The problem with this application of the research is that both parties will have to accept contentious fringe science, and how could we expect that at this point? Conservatives, for example, might be inclined to say the growing science of politics research is an attempt at undercutting their ideology, as they would be prone to do. If so, the research’s implementation could be galvanizing, not a means of promoting tolerance, and frankly, in today’s polarized political climate, it’s easy to imagine such an outcome.

About the author: Sergeo Kozak is the founder of Edictive and True Hero Studio in Sydney. He writes on management at Edictive. He focuses on behavioral science in his specialty management field.