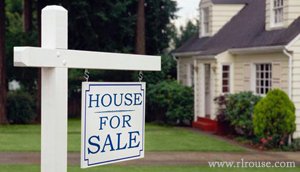 Are we giving up before we try? I did a staging consultation the other day for a sweet young couple. They need to sell their house so that they can be closer to family members who help out with their daycare needs. They have a great house that they really love – it’s an older home and they’ve made some wonderful improvements to it.

The listing agent asked me to talk to this couple about getting their house ready to sell. She felt the extra clutter and over-sized furniture was making this house feel smaller than it is. And she was right.

I gave them a lots of suggestions for making the house look more appealing to buyers. I also spent a great deal of time explaining why its important to do these things. (I’ve learned that when people understand the “why” they’re more inclined to listen.)

Like many sellers they’re discouraged. They know they’re not going to make the money back on the updates they put into it. Right from the start they feel like they’re losing. Of course the guy next door is “giving away” his larger house for less money than they’re asking. Their question for me….. “What chance do they possibly have?” When I suggested packing up a few things to get ready for their move, they said they really don’t want to do all that because the house probably isn’t going to sell.

When sellers list their home with this kind of attitude, I believe their chances for success are rather slim.

Things in our lives tend to occur in accordance with our beliefs. We’ve all heard the expression “If we think we can, we can”… and if we think we can’t – well, we’re probably right about that too. Sure there are the occasional surprises and lucky breaks – after all some people do win the lottery – but consider the odds. For the most part, if our belief in our desired outcome is strong then we have a much better chance at success. This theory has proven itself to be true time and time again, just ask the most successful people you know.

Those who succeed know that they alone are responsible for creating their own “lucky” breaks. They truly believe they will be successful. They decide what they want and create a plan for making it happen. They take action every day that gets them closer to achieving their desired outcome. And they have faith in themselves and the people they’ve asked to help them reach their goals.

Sellers who believe their homes will sell, have an “I’ll do whatever it takes” attitude, even if that means doing a few things they don’t feel like doing. Successful sellers do them anyway. And they’re also willing to be realistic about their price. They know what they want. They know where they’re going and they have a plan to get there. And they have absolute faith that it will happen. And for them – it usually does (although not always as quickly as they’d like).

Going into it with an attitude of “this probably isn’t going to work, so why bother” I believe will just about guarantee that exact outcome. What do you think?

About the author: Karen Bernetti is a Real Estate Stager Author, Speaker and the Co-Creator of Ready2Sellin30Days® an innovative, interactive, multi-media system designed to teach do-it-yourself homeowners everything they need to know about preparing a home for sale during tough economic times! Click here to learn more.