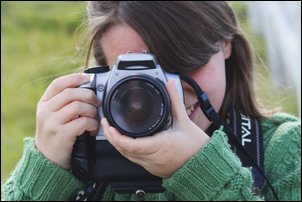 With camera technology improving all the time even as prices are falling, it seems that most of us have an older, no longer wanted camera or two sitting around the house. Instead of throwing yours into the garbage or recycling it, you can always donate it to a child and watch with satisfaction as another “camera buff” is born and begins to flourish.

Although that 5 year old digicam sitting on your shelf is yesterday’s technology, it probably still works quite well. Chances are you know a kid that would love to have it, and by giving it away you’ll be keeping it out of the landfill while putting a working camera into the hands of someone who will put it to good use.

END_OF_DOCUMENT_TOKEN_TO_BE_REPLACED 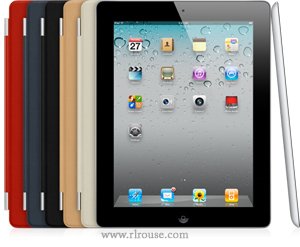 Steve Jobs took the stage at yesterday’s iPad event to announce the release of the iPad 2, the second generation of the tablet device that has taken the tech world by storm since its release last April.

The iPad 2 boasts a number of improvements and upgrades, including a dual core A5 processor, both front and rear facing cameras, a gyroscope, up to 64 GB of storage, and an even thinner 8.4mm case. It also weighs slightly less than the original.

It remains to be seen whether the iPad 2 will match the orginal iPad in sales since Apple sold a mind-boggling 3 million units just in the first 80 days after its release, but it’s sure to be a hot seller at any rate. Retail prices for the Wi-Fi only version will range from $499 – $699 while the 3G version will go for $629 – $829. The iPad 2 is scheduled go on sale on March 11 at Best Buy, Wal-Mart and other autorized retailers. 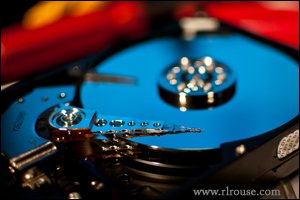 Ever since the hard disk drive became the mass storage medium of choice for computer users, the need for a fast, effective and efficient means of backing up mountains of data has been rather apparent.

First, we PC users backed up the precious data on our hard drives onto stacks of floppy disks. When that became too cumbersome and time consuming we switched to streaming tape drives. Next came CD-R’s, DVD-R’s and external hard drives.

Unfortunately, each of these methods of backing up a drive on-site shared one huge, glaring flaw: If disaster such a a fire or tornado struck the building, all was lost. But now there is something better…

END_OF_DOCUMENT_TOKEN_TO_BE_REPLACED

I have been building and maintaining websites for almost 10 years now, and during that time I’ve learned that the two most important things that a webmaster has to deal with are choosing a good web hosting company and a good domain registrar. I thought this would be a good time to put in my 2 cents worth regarding my experiences with various domain registrars.

Like most people just starting out in the early 1990’s, I registered my very first domain name with Network Solutions. At that time their prices were sky high, but that’s who most everyone went with nonetheless for various reasons. I quickly found their customer service to be lacking, so when it came time to renew that domain name I decided to shop around and try another domain registrar. To be honest, I can’t even recall which one it was, but I do recall that their prices were lower but their customer service was even worse than what I had experienced with Network Solutions.

END_OF_DOCUMENT_TOKEN_TO_BE_REPLACED

If you’re a Windows 7 user you surely know how to shut down your PC by clicking the “Start” button, then clicking “Shut Down”. You also probably know that if you wish to restart the computer or put it into sleep mode instead of shutting it down, you do that by clicking the arrow beside the “Shut Down” button and selecting the appropriate action.

If you’re like me you probably restart your computer a lot more often than shutting it down. If so, why not change the default action from “Shutdown” to “Restart”? Here’s how: